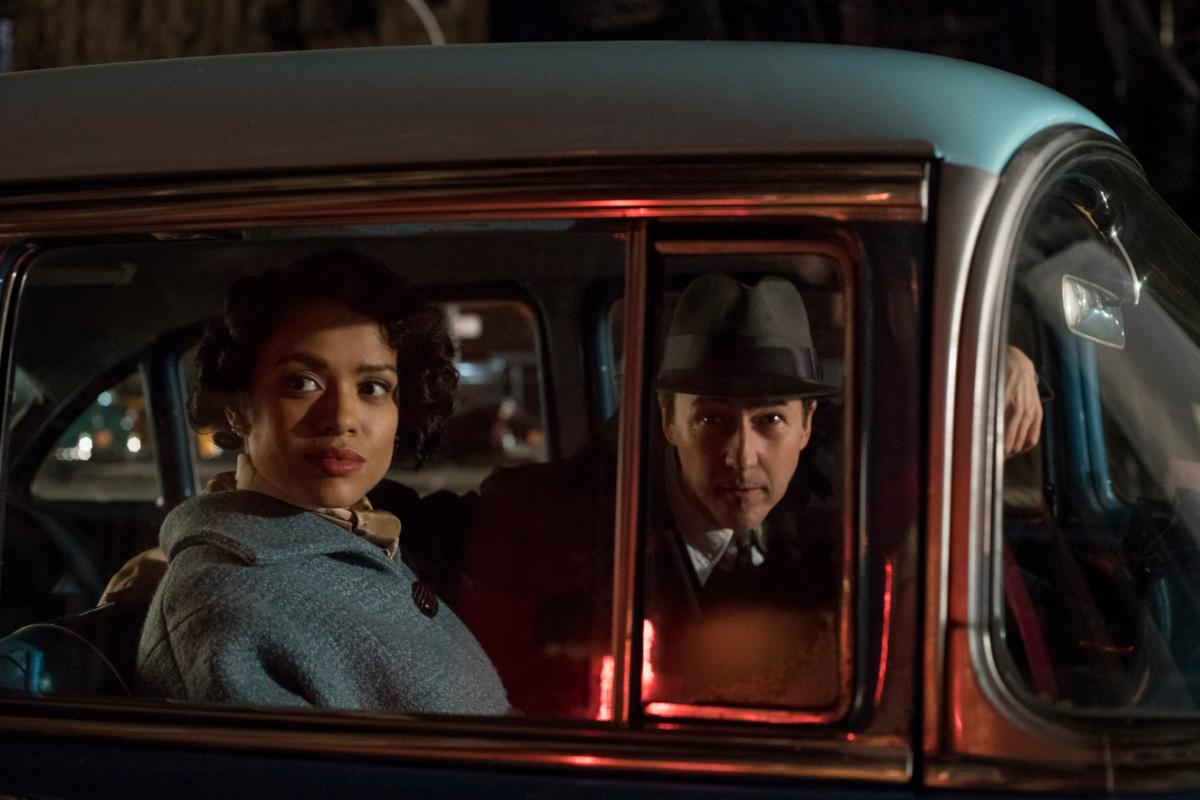 Director: Edward NortonWriter: Edward Norton, from the novel by Jonathan LethemProducers: Bill Migliore, Edward Norton, Michael Bederman, Gigi Pritzker, Rachel Shane,Executive Producers:  Adrian Alperovich, Sue Kroll, Daniel Nadler, Robert F. Smith, Brian Niranjan Sheth
Cast:    Edward Norton, Bruce Willis, Gugu Mbatha-Raw, Bobby Cannavale, Cherry Jones, Michael Kenneth Williams, Leslie Mann, Ethan Suplee, Dallas Roberts, Josh Pais, Robert Ray Wisdom, Fisher Stevens, with Alec Baldwin and Willem Dafoe
Drama.  Set against the backdrop of 1950s New York, “Motherless Brooklyn” follows Lionel Essrog (Edward Norton), a lonely private detective living with Tourette Syndrome, as he ventures to solve the murder of his mentor and only friend, Frank Minna (Bruce Willis).  Armed only with a few clues and the engine of his obsessive mind, Lionel unravels closely-guarded secrets that hold the fate of the whole city in the balance.  In a mystery that carries him from gin-soaked jazz clubs in Harlem to the hard-edged slums of Brooklyn and, finally, into the gilded halls of New York’s power brokers, Lionel contends with thugs, corruption and the most dangerous man in the city to honor his friend and save the woman who might be his own salvation.
This film has been rated R for language throughout, including some sexual references, brief drug use, and violence.