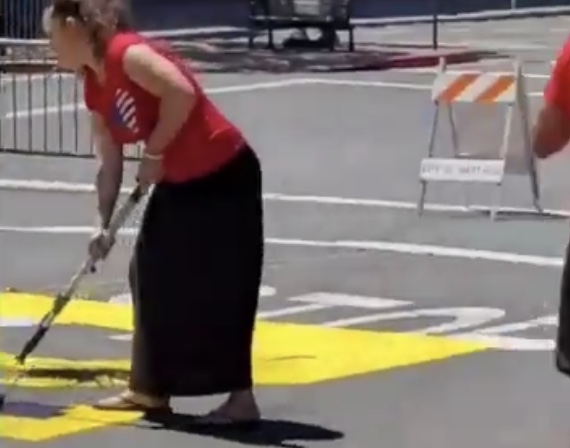 According to TMZ, Nichole Anderson, and David Nelson, the couple in the viral video from last weekend seen painting over a Black Lives Matter mural in Martinez, CA, were recently charged with a hate crime for their actions. The couple is also facing charges that include violating civil rights and committing vandalism along with possession of tools to commit vandalism or graffiti.

A couple spent the 4th of July painting over a portion of the Black Lives Matter street mural in downtown Martinez. It happened about 2:30 this afternoon and a bystander captured it on video. Caution: graphic language #BLM #BlackLivesMatter #FourthofJuly pic.twitter.com/Kq8PuXgJ44