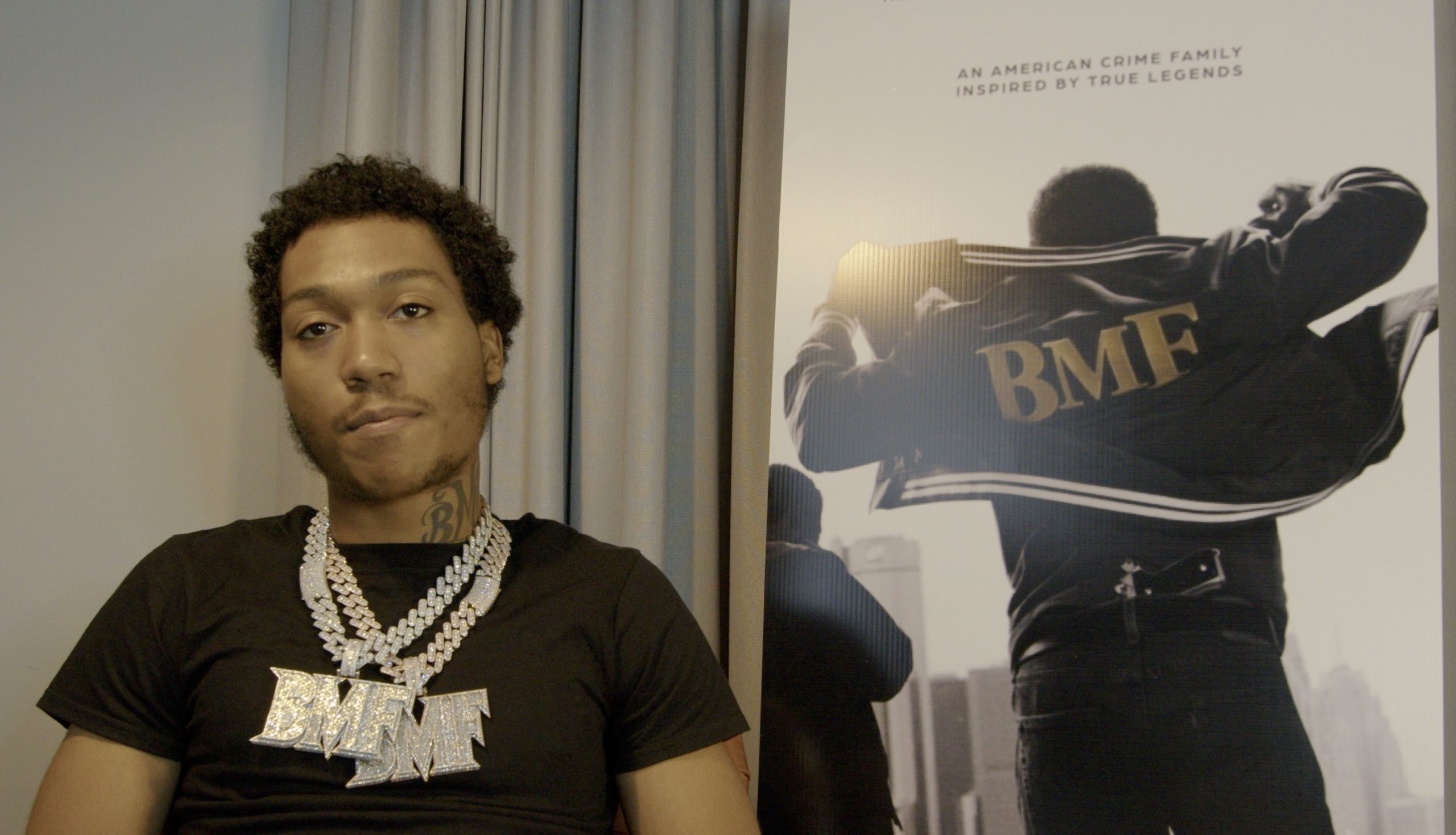 “BMF” is inspired by the true story of two brothers, Demetrius “Big Meech” Flenory (Demetrius Flenory, Jr.) and Terry “Southwest T” Flenory (Da’Vinchi), from the inner-city streets of southwest Detroit in the late 1980’s, who fostered the most prominent drug trafficking organization in the U.S., known as “Black Mafia Family.”

This series explores the brothers’ lives, their family dynamics and their relationship with the community in an authentic manner that highlights their upbringing in a traditional family unit. Their parents Charles Flenory (Russell Hornsby) and Lucille Flenory (Michole Briana White), as well as their spiritual advisor, Pastor Swift (Snoop Dogg), push the brothers to pursue formal educations. The tension between Meech and Terry’s blood family and the criminal family they formed to eradicate themselves from poverty creates inner conflict as the brothers pursue the ever-elusive American Dream.

“BMF” will premiere worldwide on Sunday, September 26 at 9 PM ET/PT then move to its regular timeslot at 8 PM ET/PT starting on Sunday, October 3. The series will air across all STARZ platforms in the U.S. and Canada and will air day and date internationally on the STARZPLAY premium streaming platform across Europe, Latin America and Japan.

“BMF” is executive produced by Curtis “50 Cent” Jackson (co-creator of the “Power” Universe, “For Life”), alongside showrunner, executive producer, writer and Detroit native Randy Huggins (“Star,” “Rebel,” “Power”). Tasha Smith (“Empire,” “Power,” Why Did I Get Married?) is set to direct multiple episodes and executive produce. Terri Kopp, Anthony Wilson and Anne Clements also serve as executive producers on the series. “BMF” is produced through Jackson’s G-Unit Film and Television in association with Lionsgate Television for STARZ.