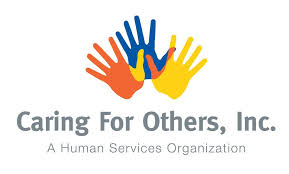 Caring For Others, a 501(c)(3) on a mission to eradicate poverty, announced Pro Football and College Football Hall of Famer Deion Sanders, Heisman Trophy winner Tim Tebow and Christian music icon Amy Grant as its headlining speakers for the third annual International Poverty Forum taking place on March 4, 2022 at Porsche of North America Headquarters in Atlanta.

​​Sanders, an eight-time Pro Bowler, and two-time Super Bowl champion, is the only player to have played in both a Super Bowl and World Series. Currently, he is the Jackson State University football team head coach. Tebow is a two-time NCAA national champion, Heisman trophy winner and first-round NFL draft pick. Grant is the first artist in Christian music to have a platinum record and has gone on to win six Grammy Awards. Both Tebow and Grant are well known for their philanthropic work supporting various charitable causes throughout the world.

Caring For Others Founder & CEO Eslene Richmond-Shockley said having Sanders, Tebow and Grant speak at the Forum is a testament to the importance and reach of the 501(c)(3)’s mission.

“Deion Sanders, Tim Tebow and Amy Grant exude God’s love for the world and actively work to make it a better place,” Richmond-Shockley said. “Partnering with these three trailblazers will help highlight our work of helping individuals and families struggling with poverty to live with dignity.”

Richmond-Shockley announced the Forum in October to a packed house of CEOs, celebrities and elected officials who were attending a cocktail party hosted by Caring For Others at the Intercontinental Hotel in Buckhead. It was also announced the nonprofit would be hosting a community food distribution in the morning of March 5 followed by the Care In The Air Block Party that evening at the Caring For Others headquarters at 3537 Browns Mill Road Suite 2 in Atlanta.

To make a donation to the International Poverty Forum or to learn more about Caring For Others, please visit www.internationalpovertyforum.org.