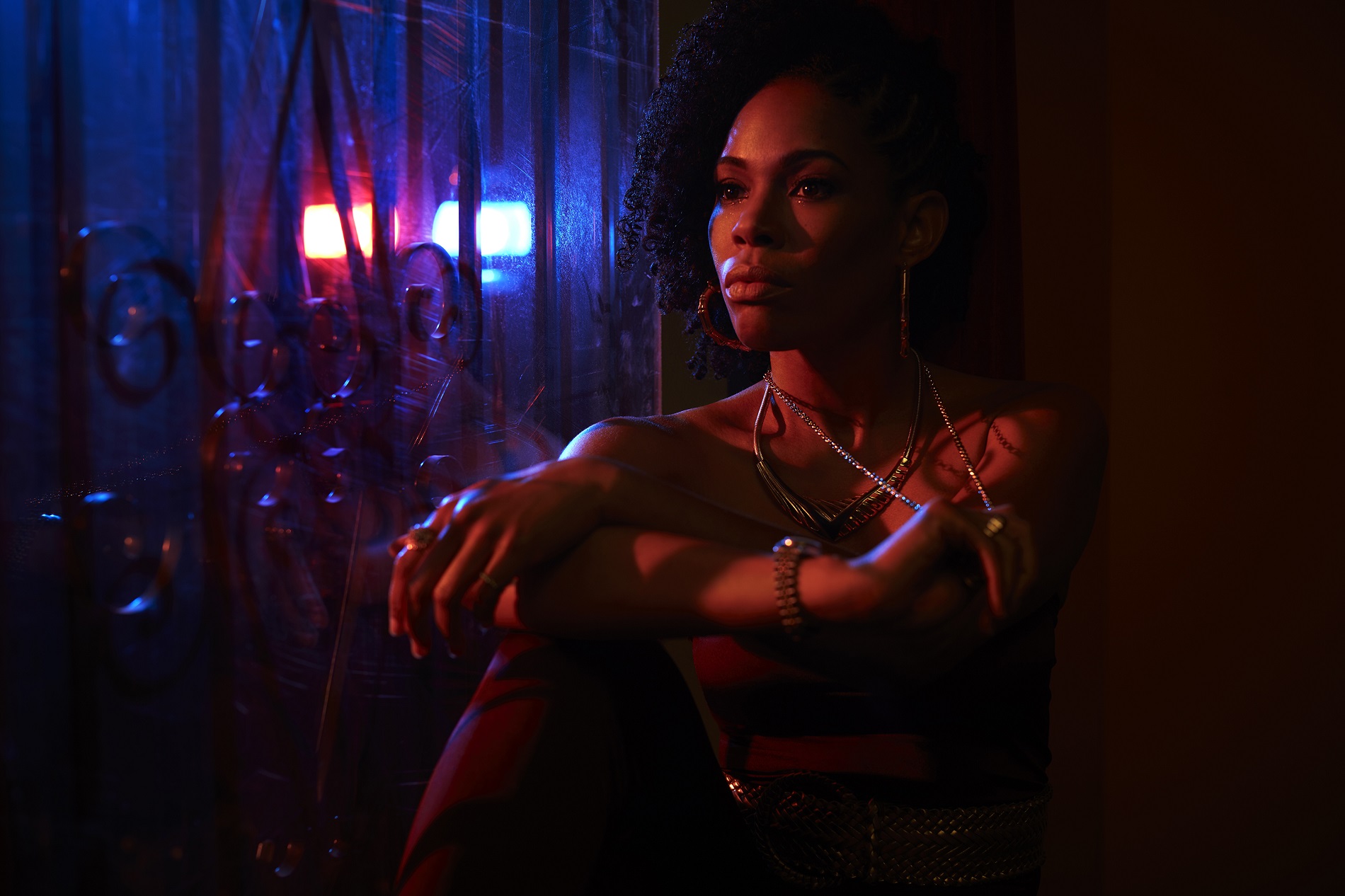 Actress, mother and activist Angela Lewis is back for the fifth season of FX’s hit crime drama “Snowfall,” airing new episodes onWednesdays at 10:00pm ET/PT and already being picked up for a sixth and final season as announced on Deadline. Created by the late Academy Award-nominated writer and director John Singleton, the drama series explores the crack cocaine epidemic in 1980s Los Angeles.

“Snowfall” was one of legendary filmmaker John Singleton’s last projects before passing away. In season three, Franklin Saint (Damson Idris) is out of jail and that experience changed him. He’s breaking bad, his mother is accepting of his illegal operation, he expands more into real estate and his close lieutenants are expanding their prospective operations. The show is set in the summer of 1984 as crack cocaine spreads like wildfire through South Central Los Angeles. Angela returns as ‘Aunt Louie Saint’ a hardened and tough-as-nails drug-addict with ambitious dreams to escape the world of South-Central LA. In Season 4 she has taken over the trade and is ready to make her own name in the game.

Born and raised in Detroit, Michigan, Angela credits her drive and success to the city of Detroit and the public-school education she received attending Cass Tech High School where she was active in theater and found a role model in teacher Marilyn McCormick. Her very supportive family had provided her with saxophone, as well as dance, jazz, and tap lessons, which molded her into a performer. She received a degree in Theater Performing at the University of Michigan, and soon after moved to New York City to pursue her acting career. She was soon booking lead roles on the stage for Off-Broadway plays “History of the Word” and “Milk like Sugar”, which became the winner of the 2012 Obie Award for Playwriting and 2011 San Diego Critics Circle Craig Noel Award for Outstanding New Play. She landed her first television role on the HBO critically acclaimed drama series “The Big C” as the role of Laura Linney’s nurse.

Lewis currently resides in Los Angeles with her husband and young daughter and spends her time between her film and TV projects by giving back to The Cancer Society of America, Black & Missing, and Leukemia Lymphoma Society. She spends her time with yoga, weightlifting, and dance classes. Lewis is vegan, which helps her in making fun food recipes and she loves to dabble in arts and crafts.