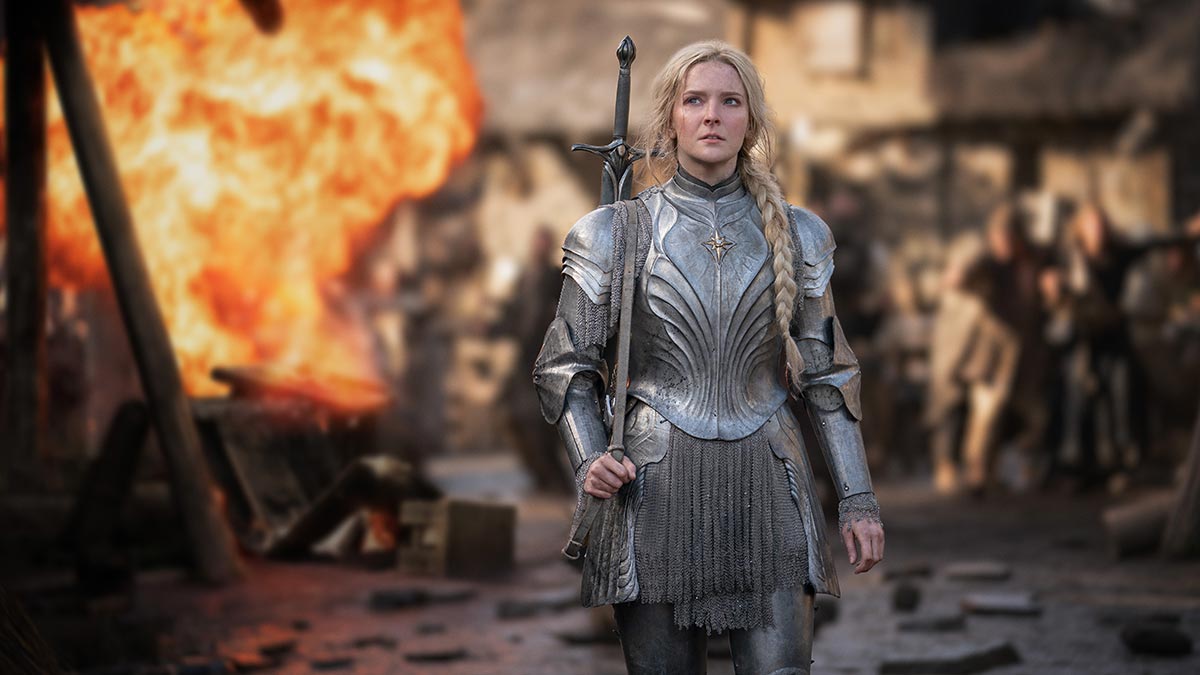 December 1, 2022—The Lord of the Rings: The Rings of Power has announced seven new recurring cast members for the forthcoming second season, currently in production in the UK.

“Since its premiere, The Lord of the Rings: The Rings of Power has been bringing audiences together to experience the magic and wonder of J.R.R. Tolkien’s magnificent Middle-earth. To date, season one is the top Original series for Prime Video in every region and has been viewed by over 100 million people worldwide, a truly global hit that speaks to the universal nature of powerful storytelling. We welcome these wonderful actors to our ‘fellowship’ and look forward to telling more incredible Second Age stories in season two,” said Vernon Sanders, Head of Global Television, Amazon Studios.

The new cast members are: Gabriel Akuwudike, Yasen ‘Zates’ Atour, Ben Daniels, Amelia Kenworthy, Nia Towle, and Nicholas Woodeson. The role of Orc leader “Adar” has been recast for Season Two, and will be played by Sam Hazeldine.

Biographies and headshots for the newly announced cast are featured below. For additional series information, please go to The Lord of the Rings: The Rings of Power press site.

All eight first season episodes are now available to stream exclusively on Prime Video in more than 240 countries and territories in multiple languages.

The Rings of Power brings to screens for the very first time the heroic legends of the fabled Second Age of Middle-earth’s history. This epic drama is set thousands of years before the events of J.R.R. Tolkien’s The Hobbit and The Lord of the Rings books, and will take viewers back to an era in which great powers were forged, kingdoms rose to glory and fell to ruin, unlikely heroes were tested, hope hung by the finest of threads, and the greatest villain that ever flowed from Tolkien’s pen threatened to cover all the world in darkness. Beginning in a time of relative peace, the series follows an ensemble cast of characters, both familiar and new, as they confront the long-feared reemergence of evil to Middle-earth. From the darkest depths of the Misty Mountains, to the majestic forests of the elf capital of Lindon, to the breathtaking island kingdom of Númenor, to the farthest reaches of the map, these kingdoms and characters will carve out legacies that live on long after they are gone.

The first season of The Rings of Powerhas been an unprecedented success, viewed by more than 100 million people worldwide, with more than 24 billion minutes streamed. The highly anticipated series attracted more than 25 million global viewers on its first day, marking the biggest premiere in the history of Prime Video, and also debuted as the No. 1 show on Nielsen’s overall streaming chart in its opening weekend. The show has also broken all previous Prime Video records for the most viewers, and has driven more Prime sign-ups worldwide during its launch window than any other previous content. Additionally, The Rings of Power is the top Original series in every region—North America, Europe, APAC, LATAM, and the rest of the world.  The season finale also created a global cultural moment, with multiple series-themed hashtags, including #TheRingsofPower and others, trending in 27 countries across Twitter for over 426 cumulative hours throughout the weekend.

Prime Video offers customers a vast collection of movies, series, and sports—all available to watch on hundreds of compatible devices.