Peterson Reinstated,Says He Will Find Different Ways To Discipline His Children 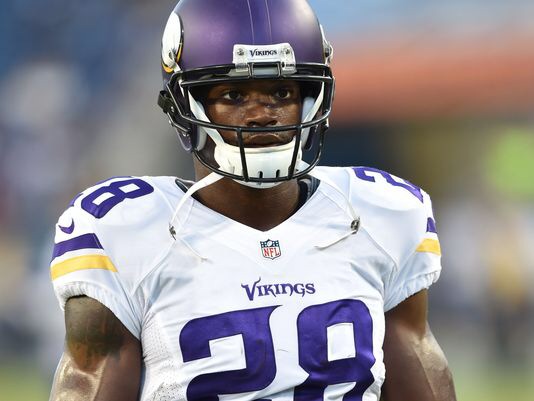 In a heated media conference Monday, general manager Rick Spielman said
Peterson “deserves to play” while the legal process plays out, and not because the Vikings offense was in shambles with the 2012 NFL MVP inactive for Sunday’s 30-7 loss to the New England Patriots.

“It has nothing to do with him as a football player,” Spielman said. “It has to do purely on the facts that have been presented to us.”

Peterson, 29, faces up to two years in prison and a $10,000 fine if found guilty on the charge he injured his 4-year-old son by spanking him with a tree branch. His arraignment was scheduled for Wednesday but has been delayed until Oct. 8 because his attorney, Rusty Hardin, is abroad.

“I am someone that disciplined his child and did not intend to cause him any injury. No one can understand the hurt that I feel for my son and for the harm I caused him. My goal is always to teach my son right from wrong and that’s what I tried to do that day.”

Full statement from Minnesota Vikings running back Adrian Peterson
Peterson’s statement also said he has met with a psychologist, who let him know “there are other alternative ways of disciplining a child that may be more appropriate,” but it did not go into detail about the allegations against him and evidence thereof.

22 thoughts on “Peterson Reinstated,Says He Will Find Different Ways To Discipline His Children”