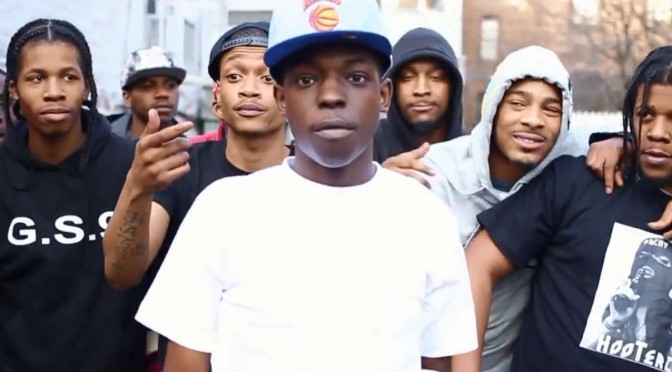 Bobby Shmurda was found with two guns, one on his lap and one lodged beside him in a car outside Quad Studios late last night, while three more guns were found hidden in the Studio’s stairwell, according to investigators. In all, 15 arrests were made and 21 guns were recovered.. Shmurda pled not guilty to currently-unspecified weapons and drug charges. Dean Meminger, Criminal Justice Reporter at NY1 News,
was at the press conference and tweeted out photos of the guns that Shmurda and members of GS9 was allegedly busted with. Investigators say the crew owned “considerable” arsenal of guns for “armed warfare.” Bobby’s next court appearance is Jan 29.

Darla Miles of Eyewitness News on Channel 7 WABC-TV states that the bail is set at $2 million and that Shmurda’s label Epic Records will post the bail.

NYPD Commissioner Bratton was very stern while speaking about Shmurda and co., stating that “life has no meaning to them” and “these are bad people, they shouldn’t be celebrated.” Bratton even went as far as to call them “mindless thugs.” Special Narcotics Prosecutor Bridget Brennan said “Shmurda incorporated will be out of business for awhile” and ”crack sales supplied the funds.” They also blasted Epic Records for promoting them.

Here are the Charges: