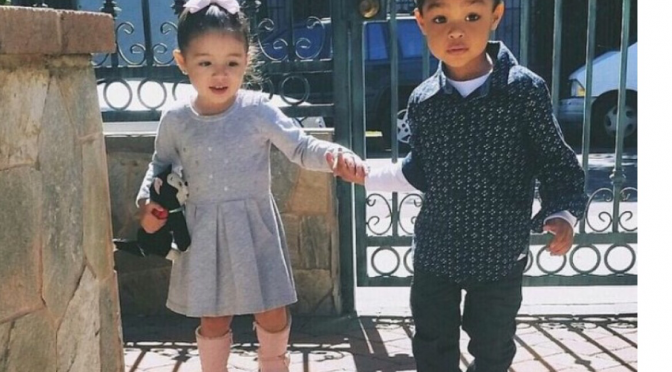 I have so much fun with him, man. even my spirit change. I light up when I talk about him. He’s at that point where he repeats everything. He’s got a [modeling] deal now with Kidz Safe. It’s an audio company. They paid him a big payment too, $700,000. He’s super cute! You gotta pay for it.