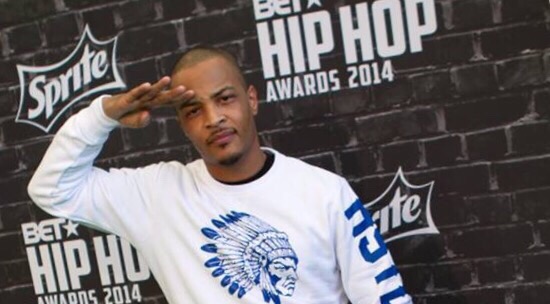 T.I. has signed a distribution deal with Roc Nation for his next album Dime Trap. After announcing he was leaving Columbia Records in 2015, T.I. had to land somewhere eventually, and Roc Nation makes a lot of sense, given how long Tip’s had a relationship with Jay Z.
What also makes sense is that in addition to signing to Roc Nation, T.I. has inked a deal with Jay Z’s other music venture – TIDAL. That deal will make him the 19th artist-owner involved with the streaming service, placing him next to other rappers like Nicki Minaj and Kanye West.