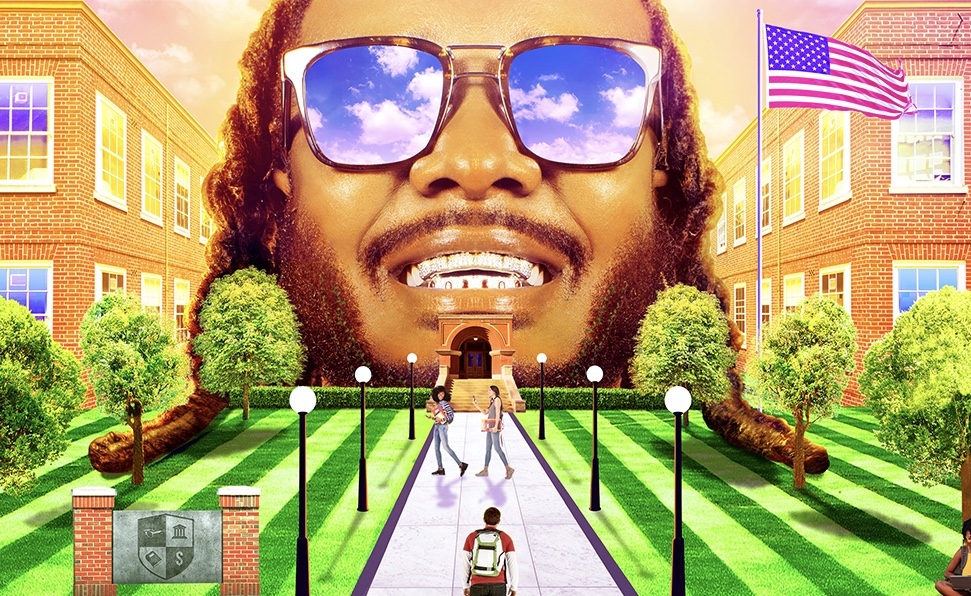 Fuse and T-Pain are bringing viewers back to school this summer with a brand-new class of innovators, disruptors and startup heroes. T-Pain’s School of Business features beloved artist, comedic personality and business mogul T-Pain as he explores innovative, unique and off-the-wall startups created by millennial entrepreneurs. As he gets a feel for each quirky and groundbreaking company the entrepreneurs reveal how they got started and what it took to turn their ideas into reality.

In the season premiere of the Critics’ Choice Real TV Award-nominated series, T-Pain will eat the world’s first robot-made hamburger at Alex Vardakostas’ Creator Burger; meet up with Xos Trucks co-founder Giordano Sordoni – a twenty-something who beat Elon Musk to market with a zero carbon emissions semi-truck; and get a high-tech tattoo with wearable UV sensors from Carlos Olguin’s LogicInk.  Other start-up businesses and entrepreneurs being showcased throughout the season include “Slime Queen” Karina Garcia’s Craft City, Kickstradomis’ custom sneakers and cleats for pro-athletes, and Black Santa, created by two-time NBA All-Star Baron Davis.

In addition to the new season, two digital series will also be premiering beginning August 6. In T-Pain’s School of Business: Where Are They Now? T-Pain revisits eight businesses from Season 1, and Pitch To T-Pain has T-Pain reacting to product pitches submitted via his social channels with feedback that is uniquely T-Pain.