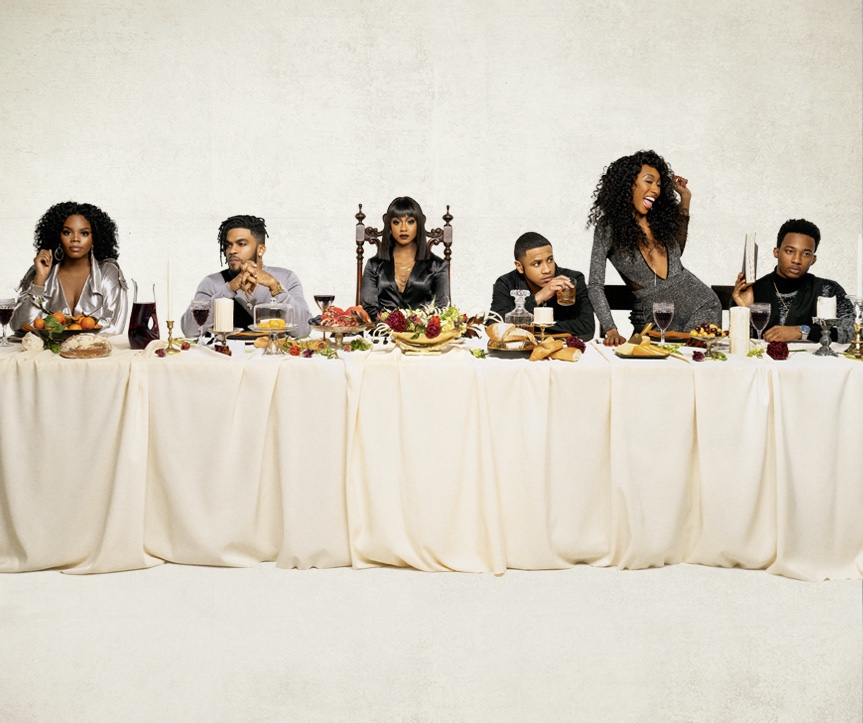 The second season of Lena Waithe and Halle Berry’s BET comedy series BOOMERANG is set to premiere on Wednesday, March 11th at 10:30pm EST, after Lena’s latest series “Twenties.” For the series return, two women of color take the helm as co-showrunners, Dime Davis (A Black Lady Sketch Show, The Chi, Boomerang S1) and Angeli Millan (The Cleveland Show, Us and Them, The Muppets). The entire season will be directed exclusively by women of color, with Dime Davis returning to the director’s chair for half of the season. The effort for increased leadership behind the lens by women of color is an effort that Hillman Grad Productions, 606 Films, BET, Paramount, and Viacom all supported. a a

“This season, we really wanted to go bigger and bolder,” Said Davis. “Keeping everything we loved from the first season and dumping the rest, we were able to find a unique approach to the storytelling in Season 2. We were given the freedom to make BOOMERANG our own, and Angeli and I ran with that.” Other directors this season include Tiffany Johnson ((Dear White People, Black Monday, and Twenties) for two episodes and first-time director Katrelle N. Kindred for two episodes. Kindred was brought on to the show through Davis but is also a member of the ViacomCBS’s ViewFinder Emerging TV Directors Program.  Produced through Lena Waithe’s Hillman Grad Productions and Halle Berry’s 606 Films, in conjunction with Paramount Television, “Boomerang” is based on the 1992 American rom-com in which Berry starred alongside Robin Givens and Eddie Murphy.  The series will continue to follow the lives of Jacqueline Boyer‘s son, Bryson (Tequan Richmond) and Marcus and Angela Graham’s daughter, Simone (Tetona Jackson) as they try to step out of their parents’ shadows and make a legacy of their own. Actors Leland Martin(Ari), RJ Walker(David) ,Brittany Inge(Crystal), and Lala Milan(Tia),  will return as series regulars.    “We’ve truly made this season of BOOMERANG an ensemble show, delivering dynamic character arcs that ask a lot of our cast,” Continues Davis. “And it’s all been worth it – the performances, this season, are truly magical. As is the show.” Guest stars for the series will include Kim Wayans, Jaleel White, Walter Emanuel Jones, Nicole Williams, Cameron J. Ross, Elle Lorraine, and Zoelle Griggs.