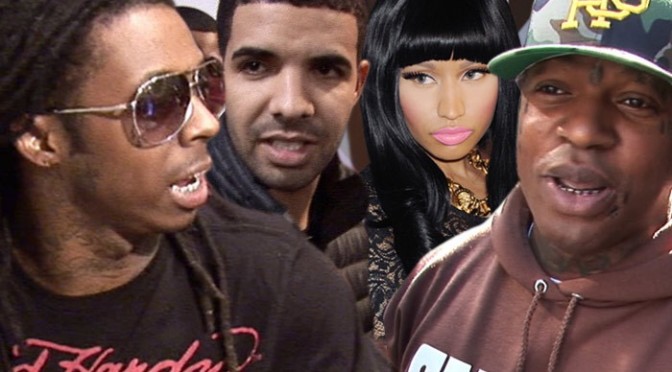 Wayne claims because Cash Money is refusing to pay, he’s entitled to walk.
But Lil Wayne wants more than just a declaration of freedom. He’s suing for $51 MILLION.
And Wayne wants the judge to declare he’s the joint copyright owner of all Young Money recordings … which includes Drake, Nicki Minajand several others.
Sources connected to Wayne tell TMZ … if Birdman antes up then he can release “Tha Carter V,” but only if Wayne gets paid. Wayne says he was supposed to get an $8 million advance when he began recording in December, 2013 and another 2M when he completed the album a year later, but so far he’s gotten nothing.